TeaTube
Home Music What Are Best Anime Songs Of All Time To Lift Up Your... 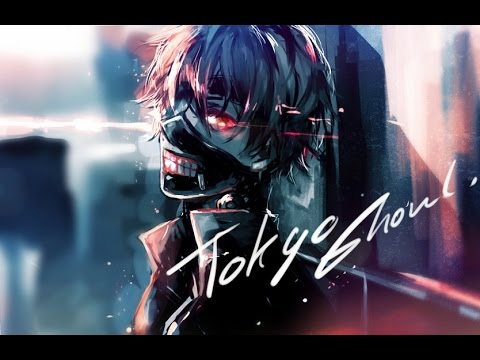 The theme song of an anime is almost as important as the anime series itself. The theme song sets the tone, gives the feel, and introduces the viewers to what they are getting into. This list looks at the best anime songs of all time over the years. Some anime have multiple themes throughout their shows but this list will only include the best theme per series.

This is probably one of the most well-known top anime songs of all time. While it’s nearly 30 years old at this point, Yuko Matsutani’s “Lum no Love Song” is still beloved by many.

The song serves as Urusei Yatsura’s first opening and does a great job of showing off the show’s quirkiness and style. It’s a perfect way to kick off an episode.

Serial Experiments Lain is one of the most criminally underappreciated anime of its time. The show focuses on a communications network called the Wired while exploring themes of communication and identity. Given the way it approached its setting, the show was way ahead of its time.

This is pretty unique as far as anime openings go. “Duvet” was written and performed by the British alternative band Bôa. Alternative rock isn’t always paired with anime openings, but this perfectly complements the OP’s beautiful visuals.

Durarara!! was pretty big back when it aired in 2010. With its massive cast of characters and intertwining plot points, there was something for everyone.

Theater Rock’s “Uragiri no Yuuyake” perfectly captures the mood of the show and deserves to have a place in top anime songs of all time. It shows off the first season’s main cast while giving some insight into their dynamics with each other as the upbeat track ties everything together.

The series itself mixes in modern-day Japanese characteristics with hip-hop and elements of the chanbara genre. The mellow beat goes well with the vibrant visuals and serves as a great representation of the show’s main character. This melody would definitely be in any anime fan’s top 10 anime songs of all time rank.

The JoJo series has tons of great openings spread throughout its run so far. There’s bound to be some contention among fans regarding which one’s the best of the bunch, but CODA’s “Bloody Stream” has to take the top spot.

The song is catchy and stands out from most other anime songs, which perfectly suits the JoJo series. The excellent animation and visuals also make this an absolute stand-out, not only among JoJo openings but anime openings as a whole.

On a journey to become the number one hero, the song gives the impression that Deku must give it everything he’s got. That he hopes that one day will truly be the day. The video package shows a compilation of Deku’s training as the strong spirited boy gives everything to be like All Might.

“The Day” is the only opening for the first season of My Hero Academia.

“Again” is the first opening for Fullmetal Alchemist Brotherhood. The opening theme takes the perspective of Edward Elric and the lessons he must learn along the way of recovering his brother and his bodies.

The song presents themes of there being more to life than what is seen by the eye. The video shows Edward becoming stronger and stronger along his journey. It also shows the people he meets along the way, friends or enemies.

“Again” is the opening for the first 14 episodes of Fullmetal Alchemist Brotherhood.

“The Hero” By JAM Project – One Punch Man

When “The Hero” was played during One Punch Man’s release during the fall 2015 season, it took the internet by storm. The iconic “One Punch!” lyric to open the song captured the hearts of fans.

The song has themes of justice and fits the satire theme of One Punch Man. The chorus draws from themes of not wanting the accolades that come with being a hero such as fame and bringing happiness to those saved. Similarly, Saitama is too bored by fighting to be a hero.

“The Hero” is the only opening for the first season of One Punch Man.

FLOW is known for opening themes in series such as Naruto, The Seven Deadly Sins, and Durarara!!, but none of them have been better than “Colors”.

The first opening of Code Geass, Colors draws from themes of how people can change for better and for worst. That we should all have confidence in ourselves even in the darkest times. This is fitting because of the rough times Lelouch goes through in the series.

“Colors” is the opening for the first 12 episodes of the first season of Code Geass.

“Tank” By The Seatbelts – Cowboy Bebop

The jazzy instrumental complements Cowboy Bebop’s mystery theme while the rhythmic editing of sequences to go along with the music makes the anime unique.

“Tank” is the opening for all 25 episodes of Cowboy Bebop.

Arguably the most well-known anime song, the “Pokémon Theme” song has kids singing around the world.

The song revolves around Ash’s journey as he wants to become a Pokémon master. To do so he must win battles, meet new friends, and catch ‘em all. As the song states, it is his destiny.

The original “Pokémon Theme” is the only opening for the first season of Pokémon running for 80 episodes.

“The WORLD” By Nightmare – Death Note

Death Note’s two opening themes spark arguments on which is better for the show. Two different styles and two different sounds, but “The WORLD” is what makes this list.

“The WORLD” talks about a world of evil and darkness. This refers to the new world that Light is creating despite him thinking what he is doing is good. The song then transitions into the thought process of Light, not understanding why people think he’s bad.

“The WORLD” is the first opening in Death Note and runs for the first 19 episodes.

Get the glow sticks because it’s time for Neon Genesis Evangelion’s song, “A Cruel Angel’s Thesis”.

The theme tells the story of a life that is meant to have so much more. A life full of burning sadness and harsh memories can be, “Taken to the skies” to become a legend. The opening video shows scenes of Asuka, Rei, and Shinji as well as different battles in the series.

“A Cruel Angel’s Thesis” is the only opening theme for Neon Genesis Evangelion.

A beautiful display of vocals, Tokyo Ghoul’s “Unravel” is the runner up. The opening theme is done by TK, the vocalist and guitarist of the band Ling Tosite Sigure. The band is known for their work in Psycho-Pass but TK has done a plethora of openings solo.

“Unravel” is the only opening theme in the first season of Tokyo Ghoul.

“Guren No Yumiya” By Linked Horizon – Attack On Titan

This opening theme that is sure to give chills down your spine, Attack on Titan‘s “Guren no Yumiya” takes the top spot on this list.

A story about Eren coming to terms with the new life he must live. Titans taking over humanity, losing his family, and realizing he is a titan himself; Attack on Titan’s opening theme is iconic in every sense.

“Guren no Yumiya” is the opening for the first 13 episodes of the first season of Attack on Titan.