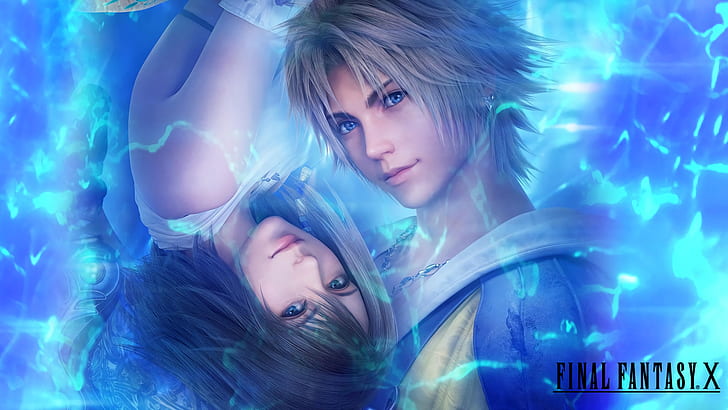 When we talk about how effective a game is, music often plays a key role. Here are our picks for the best game soundtracks.

With a game, besides cutscene, graphics, gameplay, and plot, the soundtrack is also an important element. It’s quite hard to pick the number 1 soundtrack in a whole bunch of games, so this topic is only a list not a ranking of best game soundtracks. Perhaps, it’s more a personal interest, but maybe you will find something that fits your taste.

Opening list of best video game soundtracks, we have Silent Hill 2, one of the greatest horror game titles ever made. The horror element of the game does not come from the graphics or jumpscares, but it comes from the haunting stories of each character in the game. Silent Hill is hell, is a place of redemption for those fleeing from their own crimes, and is where they will have to walk on a journey of atonement. The game soundtrack is also full of haunting, and especially, is the perfect opening soundtrack. This intro is, to me, one of the best touching intro games, and one of the best video games ost.

Next up to another song in the best games ost, we have a soundtrack from Valiant Hearts: The Great War. Love, teamwork, compassion, courage, suffering, loss, and war which turn people into madness, all are portrayed truthfully in War makes men mad

Light of Nibel – Ori and the Blind Forest

Ori and the Blind Forest is a beautiful game, from graphic style to gameplay, plot, character design, and.. music. So, there is no doubt that this game will have a place on the best video games ost. And, perhaps, the most famous song in this game is Light of Nibel. The song just like its game, tragic but artistic.

Song of the ancients – NIER

Yoko Taro and his games are strange. They possess a very good and haunting plot, memorable characters, but they were not widely known until the NieR Automata released. However, not so that his other games are less attractive.

I love the music from Yoko Taro’s games – from Drakengard to Nier, especially Song of the ancients. This song has two versions sung by sisters Devola and Popola, I personally prefer Devola’s version because the melody gives me a more sad and quiet feeling, which is fit with NIER’s atmosphere

Weight of the World – NieR: Automata

Another ost from Yoko Taro works, and another ost from Nier on this list of best game soundtracks, but this time is its sequel. There are two versions of this song, and each version has its all beauty. Highly recommend you listen to both of them.

“Sins of the Father” is a song from the game Metal Gear Solid V: The Phantom Pain. It was first featured in the E3 2013 trailer. The song itself is so incredibly epic, touches on some very deep human experiences in a subliminal way

Skyrim, a game where you can do anything, from Mods, to the climax gameplay mechanics, or especially, epic ost. Each piece of music will be played whenever gamers hit a certain milestone. Among the list of mighty songs, Dragonborn is the most remarkable. will make you like a Vikings warrior rushing to fight for great ideals. The song will make you feel like a Vikings warrior who fights for great ideals.

When you beat the game and Nameless Song for the first time, this will be a very special experience. The song will make you reminisce about the whole game, about the journey you went through, makes you think of all the allies, friends, and people who have either died or gone hollow.

Let’s end this list of best game soundtracks with a legend ost from a legend game, one of the greatest franchise from Square Enix. “Suteki da ne” is the vocal theme of Final Fantasy X and is sung by Rikki. The song is a ballad with a swaying beat, an absolutely fantastic violin solo (which actually differs from the soundtrack version of the song, and in my opinion is far better), and a completely unique vocal talent from Rikki. The vocals she provides are very high-pitched and have a slight nasal effect, which is either good or bad depending on whether you like that or not. Apart from that, it’s a magnificent song from start to finish.

Read next: What Are Best Anime Songs Of All Time To Lift Up Your Mood?