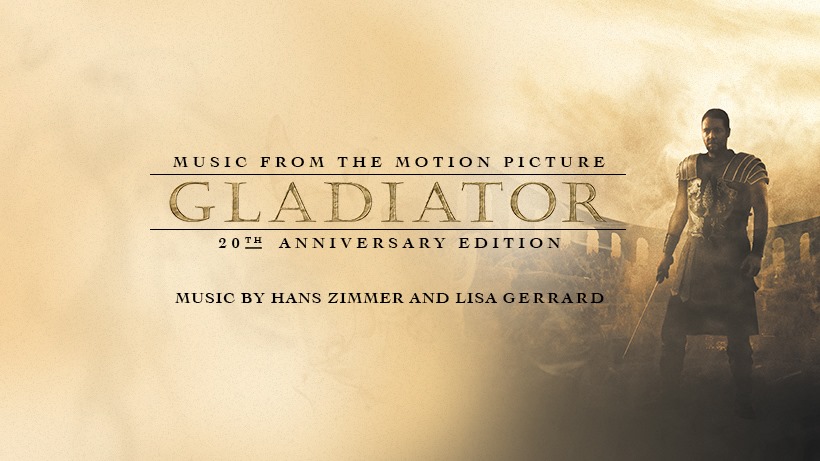 2020, a turbulent year, is about to end. Let’s welcome the upcoming 2021 with more hope and take a look back to the best movie songs 2000s with this article.

What is your best movie songs 2000s? A sad melody or rock & roll soundtrack. Whatever your taste is, we have got you a wide range of covers that ensures has one of these titles fits your mood.

Containing five songs from Kevin Shields, the Lost In Translation soundtrack was a sure thing. The shoegaze and alt-pop elements cemented Bill Murray as an indie god making even the lamest movie look cool.

The soundtrack also includes Jesus & The Mary Chain and is widely accredited for a rise in the popularity of shoegaze.

Arguably Hans Zimmer‘s magnum opus, Gladiator won a Golden Globe for Best Original Score and still makes us cry to this day. The inclusion of females wailing for battle cries soon became a fantasy staple and is widely revered as one of the greatest film scores of all time.

There Will Be Blood – Jonny Greenwood

Radiohead mastermind Jonny Greenwood‘s Hollywood film score debut is a brilliantly desolate, orchestral triumph. Ever since channeling Polish composer Krzysztof Penderecki for the arrangement on OK Computer’s Climbing Up The Walls, Greenwood was on the contemporary classical map.

Now Greenwood has his own classical record label called Octatonic and it all kicked off with There Will Be Blood. Greenwood’s string arrangements take center stage, sounding vanguard and opulent in the world of Hollywood scores.

Tan Lee’s mystical martial arts gem wowed audiences all over the globe. The effortless fight choreography blended Kung Fu with Chines mythology all tied up neatly with an epic score from Tan Dun.

Dun is known for his breathtakingly original modern musical works such as Concerto for Water Percussion and Orchestra, and Crouching Tiger Hidden Dragon joined the ranks, winning Dun an Academy Award for the best movie soundtrack.

Eminem won an Oscar for Lose Yourself and it’s easily one of the most famous rap songs of the early 2000s. Company that with one of the greatest rap films of all time and you have a deadly compilation on your hands.

Every frame in The Royal Tenenbaums yearns for a bygone era and is drenched in a honey haze of nostalgia. Thus the quality and poignancy of Anderson’s choice is all the more significant and to this day nothing is more heart-wrenching than hearing Needle In The Hay by Elliott Smith.

Hands down one of the most memorable, moving, and powerful symphonic scores of all time, Howard Shore created a masterpiece in The Lord Of The Rings. Tapping into the doe-eyed innocence and ancient archetypal struggles of Tolkein’s fantasy world, Shore matched in grandness the vision of Peter Jackson perfectly.

Originally shore wrote over 10 hours of music for Peter Jackson. The first and third films won Oscars with Shore taking his large symphony and choir on the road for an incredibly popular, six-movement rendition.

From the chilling Bang Bang (My Baby Shot Me Down) by Nancy Sinatra to Quincy Jones and Bernard Hermann, the soundtrack to Kill Bill is a masterpiece. Produced and orchestrated by RZA from Wu-Tang Clan, there is an encyclopedic arrangement of music here.

Into The Wild – Eddie Vedder

Sean Penn handpicked Vedder for Into The Wild and couldn’t have chosen a better patron. Written by Eddie Vedder in a few days and recorded in a week, the resulting collection is one of the best movie soundtracks to date and a touching companion to the film.

Following the story of Christopher McCandless as he rebels from society to travel the Alaskan wilderness, Vedder tenderly touches on anti-populist themes with the poetic and emotional force of a master songwriter.